I really like the idea of vinyls, cassettes and CD’s because a physical thing is tied to a piece of music. I wanted to take this idea into mp3 players and that is how this project came to be. When you slide in an acrylic ‘record’ on the music player, it turns on, recognizes the record and starts playing the music. Each song lights up the record in a different color.

I published a step by step tutorial for this project and it got featured at Instructables.

This project was a learning exercise in laser cutting and design for sliced casings. It has small switches and LEDs positioned precisely under the transparent record. I also learned a lot about acrylic as a medium, most notably that it responds very well to sanding to quickly remove material as well as to give a brushed aluminum finish. It is gaining on wood as my favorite material to prototype with! 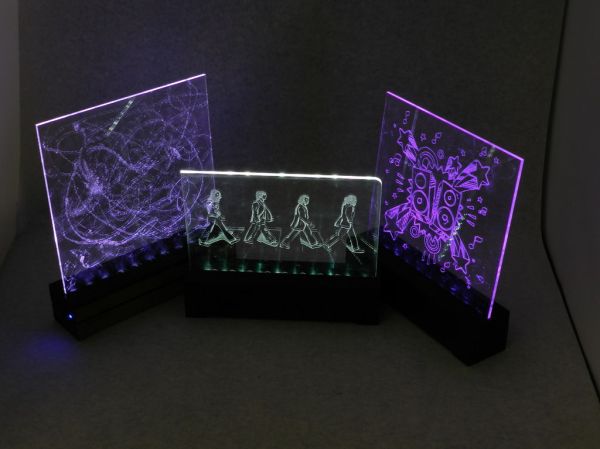