The aim of this project is to make a wearable jacket with pop-in connectors that act as a bridge between the clothing and Arduino pins. The jacket will essentially be a breakout board for Arduino pins on to the body. This way wearables can be prototyped quickly. To further ease the development, the jacket will have wireless connectivity, and power management built-in.

Some projects that can be easily built using this setup are:

The project has evolved over the past two months through the Wearables class at Tandon, NYU (DM-GY 9103-I). It started out as a wearable breadboard, with the aim to allow quick and dirty wearable prototyping. After much design and redesign, I realized that a robust and easy to use solution is not possible. So I altered the idea to be a wearable prototyping platform. 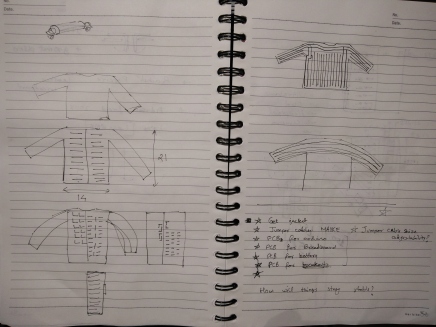 I wanted the jacket itself to be very robust against wear and tear, even with rough use. So I opted against sewing conductive thread. I researched a lot for a suitable conductive material, testing dozens of metal ribbons. I finally settled on steel ribbon from Adafruit. But the ribbon is prohibitively expensive at 25$ per meter. In true ITP fashion, I hit the junk shelf instead and realized that the steel sheathing for display cables is an ideal replacement. I stripped around 10 meters of the stuff and was on my way to fabrication.

I designed the PCBs in KiCAD and then manufactured them with an OtherMill. The jacket was purchased and the female snaps added by hammering in place. Steel mesh cables were added with insulated covers and a layer of lining was added for comfort. 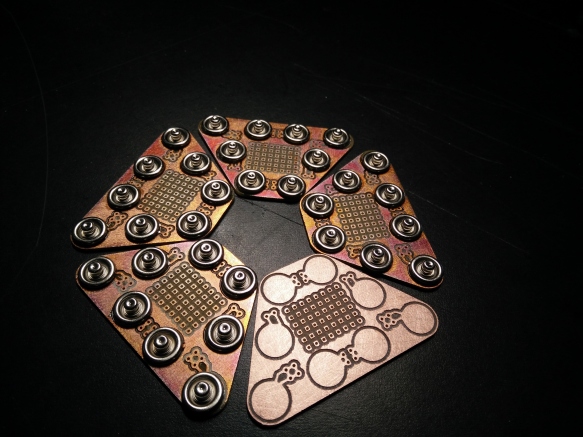 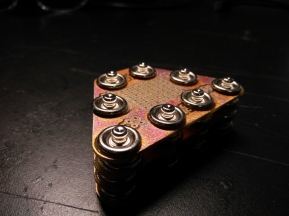 I’m looking for collaborators to make projects with Sez. I’d love to hear from you if you’re interested!